The box read bird seed on the side. “But dad,” I said, “we don’t even have a bird feeder.”

“We don’t need one son,” he told me. “This is the kind of bird seed you plant in the ground.” I didn’t know what he meant, and he could probably tell from my blank expression. “We will grow birds from the Earth. Who needs a bird feeder?”

I was sure my father had gone crazy, that he had finally blown the fuse that would send him to the funny farm. But it wasn’t the first time he had told me something that made me doubt his sanity, nor would it be the last. It seemed to be a daily occurrence, and usually by the time he was tucking me in bed that night I would have come to understand his words and realize he was very sane.

So we planted the bird seed in the backyard in November, in an empty weed-filled space next to the fallow vegetable garden. We also planted some on the hillside on the other side of our fence, sprinkling it across the ground like dew before sunrise. Everyday I would check for sprouts, trying to confirm that something was growing there. I wanted to know what birds looked like when they grew from the ground. All that seemed to be sprouting were more unwanted weeds.

“Be patient,” my father told me.  “Growing birds takes a long time, sometimes more than a year.” I felt cheated, like that amount of time could never pass quick enough. For a young child a year may as well be forever. It didn’t take long before I forgot about the bird seed completely.

The following summer my father sent me out to the chicken coop to retrieve some eggs, and some tomatoes and cucumbers and possibly some beans. Whenever I strolled through our vegetable garden it felt like a stroll in the produce aisle at the supermarket, or a trip to the farmer’s market. It felt like my own private salad bar.

I was enjoying the sweet flavor of some especially sugary cherry tomatoes when I happened to notice the overgrown weed patch on the side of the garden where we had planted the bird seed. The November planting had faded so far from my memory that I had forgotten even forgetting, and it felt almost like I was noticing it for the first time. What caught my eye was a sparrow clinging delicately to a sprig of what I later learned was millet. I had to rub my eyes in disbelief. The bird seed had actually grown a bird.

Then I noticed another sparrow, and a robin and mockingbird, and other birds I didn’t know the name of, descending from the sky toward this patch of bird seed gone to seed. Only then did I understand the act of growing birds from seed. 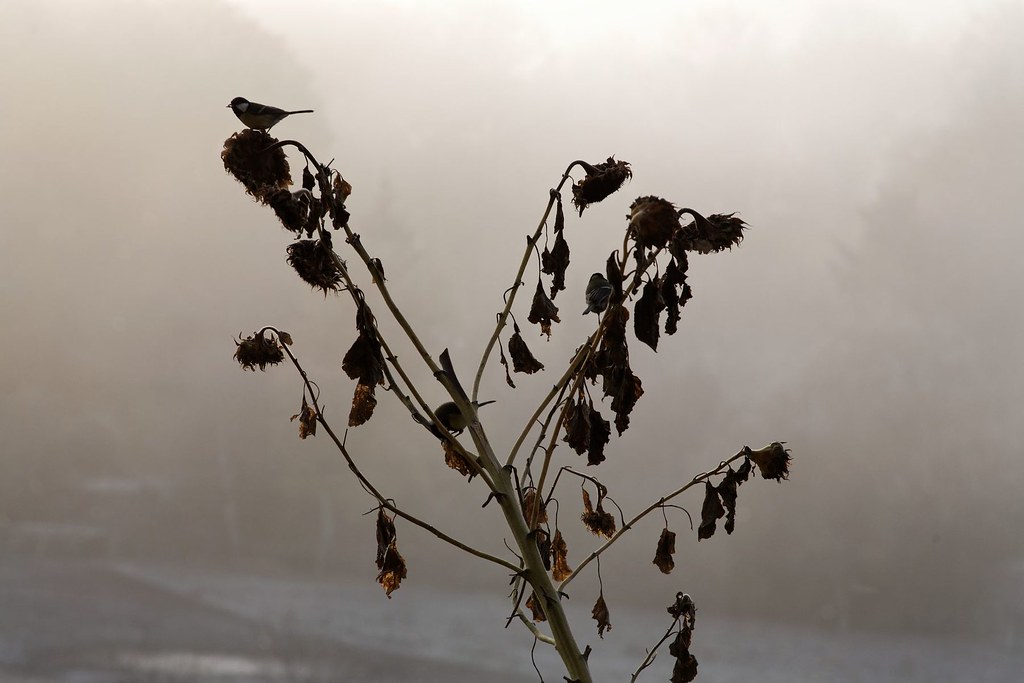 bird from seed (by Erwin Schoonderwald)