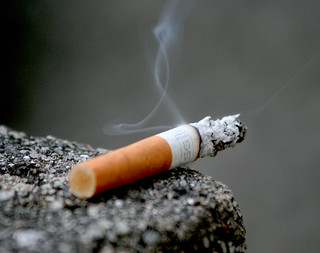 It seems like every time I visit my mother I arrive during a meal, usually dinner. My mom always asks me to pull up a chair to the table and eat, offering to share her plate of food with me, but I always feel as though I will interrupt the normal ritual with this little intrusion. There is something comforting in such daily routines, especially for people suffering from dementia, and I don’t want to throw off the carefully cultivated dynamic at the dinner table. I prefer to sit to the side and watch the scene unfold with the interplay of all the characters, both comic and tragic at the same time. It is truly dinner theatre. I have never tried to write a play, but I see these nightly meals as a never-ending dramatic production, filled with all the heartbreak and laughs of any gut wrenching performance. If, as Shakespeare wrote so many centuries ago, all the world’s a stage, and all the men and women merely players, then the Deer Hill Care Home dinner play might look something like this.

SETTING: The elderly residents are seated around a large dinner table, each wearing colorful matching bibs, while the caregivers bring plates filled with hot dogs, potato salad, and steamed broccoli.

MIRNA: Bert, I have a hotdog sandwich for you. [MIRNA tries to give it to BERT]

BERT: I don’t want a sandwich.

BARBARA: It’s a hotdog, Bert. [yelling across the table]

MIRNA: Bert, it is a hotdog sandwich. Here, take it. [MIRNA places it in BERT’S shaky hand]

BERT: I’d rather have a hamburger. [Begins eating with his eyes closed but looks disappointed.]

[JUN turns music on, Frank Sinatra station on Pandora. I Get A Kick Out Of You plays.]

TED: [Singing along with song.] Mere alcohol doesn’t thrill me at all, so tell me why should it be true that I get a kick out of you?

JUN: Ted, you know all the words. [Places a plate of food in front of TED]

JUN: You remember all the words to the song, Ted.

BARBARA: Ted, you have such a nice voice, keep singing.

TED: What was that now?

TED: If you say so. [TED doesn’t keep singing, but stares at his plate in silence.] END_OF_DOCUMENT_TOKEN_TO_BE_REPLACED

I drove my mom to a doctor’s appointment yesterday. We are completing all the necessary tests and paperwork for her to enter an assisted living facility. Her dementia (from Alzheimer’s) has been progressing rapidly, and it is becoming quickly apparent that she cannot live by herself anymore. She can’t regulate her medications, feed herself, or do many of the normal activities necessary for her to maintain her independence. Last week she tried to open a bottle of soda water that she couldn’t twist off with a sharp knife and cut herself. This is just one of a myriad of examples.

So I drove her to the doctor to have a rash on her belly looked at, and a TB test done, and have her doctor fill out the necessary paperwork for the Board and Care facility we have decided on. All went surprisingly well at the hospital. Then on the way home there was one of those incredible moments that I cherish. An amazing non-sequitur bit of hilarious wisdom that can only come from the awful depths of irrational confusion known as Alzheimer’s.

We were stopped at a red light. The car in front of us had a bumper sticker that my mother proceeded to read aloud. While her short term memory and all sense of time have abandoned her, her hearing and vision are as sharp as ever. The conversation went like this.

Mom:  Joy comes from inside. Huh.

Me: What do you think about that, Mom?

Mom: Let me know when it comes out.

I tried not to laugh. I didn’t have the heart to tell her that it just did.

Sometimes that tiniest hint of light at the bottom of a dark well can provide a momentary sense of joy. Humor and sadness are two sides of the same coin.

Is she still my mom if she doesn’t remember I’m her son?

My mom stepped on a crack and broke her own back. This is not a silly nursery rhyme or outdated superstition, but rather a sad and true accident. Between her osteoporosis and rheumatoid arthritis, taking her little dog for a walk can prove challenging. And the fact that she was recently diagnosed with Alzheimer’s hasn’t simplified matters. She is a creature of habit and very stubborn, and she doesn’t even believe us when we tell her she has Alzheimer’s. She believes the doctors when we take her for an appointment, but she forgets all about the appointment soon after, and then when we try to explain again that her memory is faulty because she has a disease, she laughs like its a joke. A horrible, horrible joke. She can’t even remember that her memory is shot. It’s like denial, except it you can’t really deny something you have no recollection of. It’s more like plausible deniability, like she is withholding information from herself to protect herself from the consequences of knowing the truth.

When we took her to the neurology department for cognitive testing, the doctor explained that memory is like a table where you keep your stuff. People with really excellent memories have large tables, maybe even entire storage units with shelves and cubbies and labeled tiers. As we grow older the size of our memory tables shrink, and we are able to remember less and less. This is an unfortunate and entirely natural side-effect of aging, and even the most cognitively gifted can expect their memories to fade somewhat over time. For people with dementia (defined as a significant cognitive deficit that impedes one’s ability to perform simple daily tasks) the table has almost disappeared. When you don’t have a table to put your memories on they fade into the ether, gone forever into the dark, cluttered recesses of the brain. Sometimes they resurface at unexpected moments, but most simply evaporate, disintegrate, get lost to the inevitable entropy of space.