Doobie read somewhere about these crazy monks in ancient China, or was it Japan, that used to walk for miles and miles everyday as a practice in meditation and to better appreciate the moment.  For them the act of walking was like a form of prayer, a beautiful, holy and one hundred percent human act. Doobie really thinks they were onto something.

For Doobie, walking helps him think and concentrate on the issues at hand, and forget the issues that are out of hand, but no matter what it helps him get grounded. It’s the rhythm of the footsteps, the frequency of the gait and the coordination of the arm swings, everything about it helps reconnect him. Sometimes Doobie needs to walk for miles before he starts to feel normal again, ten thousand two hundred and seven steps to be exact (and still counting) in a sort of suspended Zen-like stupor, all brought about by a joint of the One Hit Wonder to the head.

He can’t even remember the start of the walk, although he knows it had to have started somewhere, most likely at his house. All of a sudden Doobie found himself enclosed in a soundproof glass museum case, and the whole world seemed so far away. It was right there in front of him but was still about a million miles away. He knew he had to just start walking with blinders on and without a thought about where he might be going. Just walk and walk, trying not to look too lost or too stoned, and hopefully nobody would try to talk to him. But Doobie doesn’t remember any part of the walk except for the ten thousand two hundred and twenty-six steps, and it’s three hours later and he’s on the other side of town.

He decides he must have been following the train tracks because he’s walking along them now, or hopping from tie to tie, counting each footfall. Ten two twenty-nine, ten two thirty. He wonders how long he’s been following the tracks. It’s like he lost consciousness for the past three hours, like he’s been sleepwalking and woke up all the way across town. It was just three hours ago and suddenly it’s now.

But now is as good a place to be in as any. 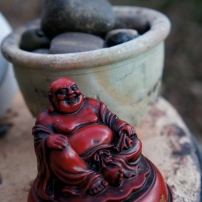 I have never been religious, but I am definitely not an atheist. I am a very spiritual person when it comes to the connection I feel to the natural world around me. When I look at stars twinkling like glitter in the sky I don’t feel small and insignificant, but powerful and connected. There is something greater than me that I am a part of. All things are related by the breath of life that transects each of us and connects us in ways we have yet to discover. Even the soil beneath our feet is alive and vital to our very existence. From dirt we have come, and to dirt we will return.

I have a hard time envisioning a vengeful God in Heaven watching over every action, interaction, and happenstance. Even a caring God feels a bit far fetched. The atoms and chemical reactions that create our physical forms are connected. They date back to the common ancestor of all living things, and even further back in time to the big bang, when all matter in the universe was contained in a singularity. It was all touching and all started at the same instance, and that vibration still exists in each us. We are all forged from the unlikely coordination of stardust and ectropy, and a synergy that is not of a material nature. I don’t expect to understand it, but that does not mean I can’t appreciate it.

The Buddhas and other figures scattered through my garden help remind me of this. They remind me to appreciate my  temporary vantage point of the universe, to give thanks for my luck and ability to walk and breathe and create a meaningful existence. Us sentient beings are like the nerve endings of the universe, here to take note and experience the wonderment that surrounds us. We should all take a moment to breathe deeply and appreciate our unique position in this wondrous, emotional, and temporary roller coaster that is life. Our consciousness may pass but the physical pieces will continue on.

The philosophy that I most associate with (and I have studied many searching for profundity) is Taoism. Here is a small part of verse 15  of the Tao Te Ching (as translated by Jonathon Star).

If you want to see God, look at the stars above. Look at the dirt beneath your feet. Look at the vibrant natural world around you. God is in the details, so make sure you pay attention. 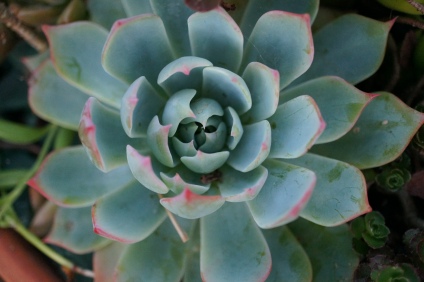 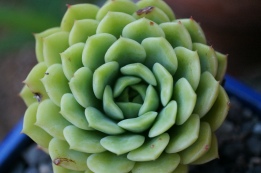 Finding beauty in nature is easy, if we pay attention to the details. Such simple symmetries are soothing to the soul. 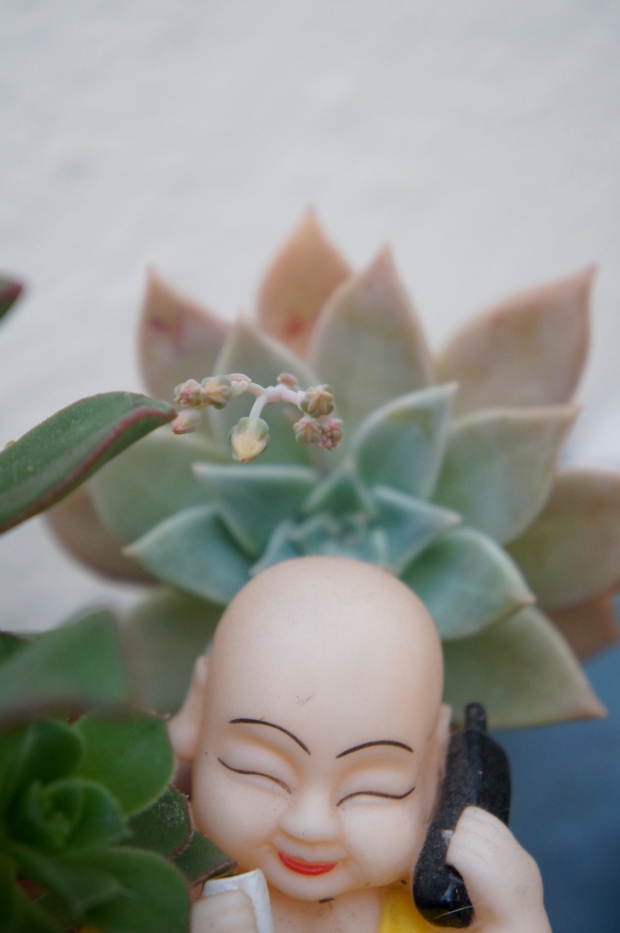 the modern monk, meditating with a cellphone and espresso

I take a lot of plant photos, but in between the plants there are sometimes little magical objects carefully placed. They are magical because they symbolize much more than their physical form. They hold meanings far beyond their material bodies and appearance. They are artifacts, memories, philosophical declarations. They are physical metaphors manufactured by humans that somehow place themselves into a deeper realm. Is it a simple object or something more?

My guess is that both meaning and magic are much like beauty. They reside in the eye of the beholder. One person’s art is another’s garbage. Is it a piece of plastic or something more?

I know what it means to me. What does it mean to you?