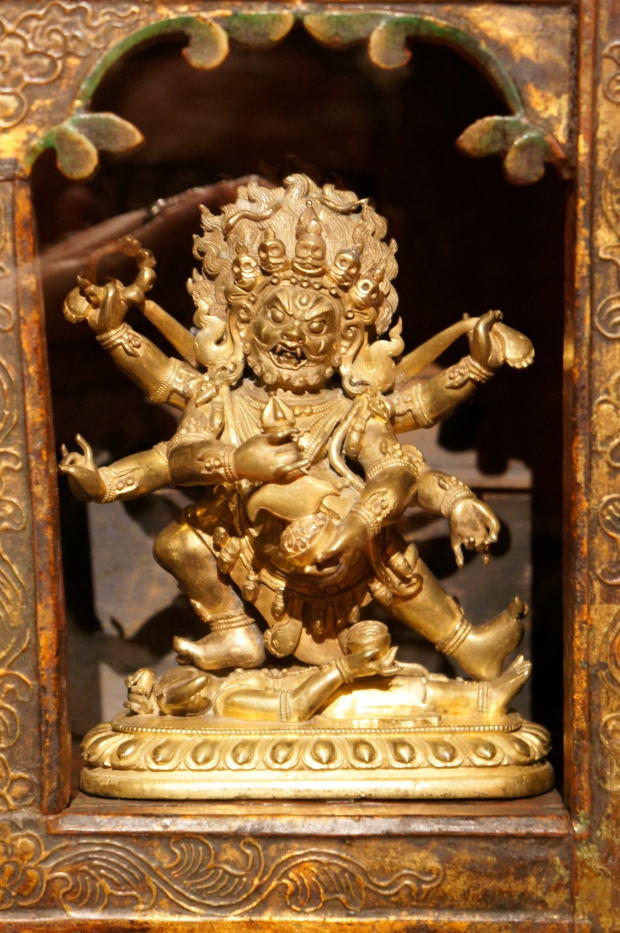 deity with more than a couple axes to grind

I went with my wife to see the Yoga Exhibit at the SF Asian Art Museum yesterday. She’s a yoga teacher and I am a humble student. It is the first exhibit of its kind, showing the story of yoga through the ages by using some amazing statues, paintings, and other artifacts. There were no photos allowed in the Yoga exhibit, but I did see lots of amazing Asian art that depicted things (deities for instance) on top of other things (their vanquished enemies for instance). One thing about Asian mythology–like Yertle the Turtle, the most powerful forces in the known universe always seem to be perched on top of something else.

on top of the entrance to samsung hall

scary dragon creature on top of a doorway

chandelier on top of the world

another angry god on top of the vanquished

eighteen armed deity on top of a lotus

reading on top of a tiny ivory fish

on top of the entrance to the museum