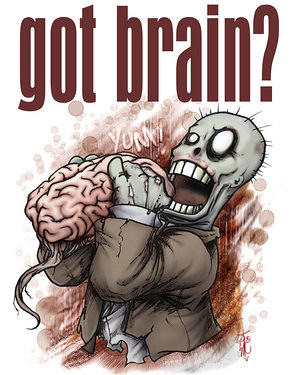 Willy-Wully is my Woolly Mammoth. He came from the North Pole, or at least that’s what my dad tells me. He is a miniature mammoth so he is able to live in our freezer. Willy-Wully is so small I can hold him in my hand. He is able to roar very loud for such a tiny mammoth. One roar from Willy-Wully and all the dogs in the neighborhood start barking.

At night when it’s cooler in the house we take Willy-Wully out of the freezer to drink water and eat some tater tots. My dad complains that Willy-Wully tramples his TV dinners and poops in the ice cream. Sometimes when Willy-Wully is surprised he throws ice cubes.

One day when I get home from school Willy-Wully is nowhere to be found. My dad tells me he went home on a boat. I ask him if it was the same boat that took mom away, and my dad just bites his teeth and doesn’t say anything.

This makes me sad. At least my mom said good-bye.